High Praise Indeed for our Pizza!

So, recently we were wandering around our Twitter page and came across this Tweet from Creative Yoke Blog and thought……..hmm! Sicilian….but bet you haven’t tried New York style pizza. 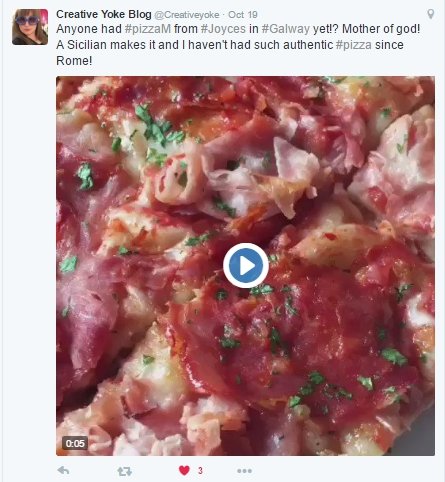 We decided to put ours to the test and invite Creative Yoke to try it for herself and tell us honestly what she thought.

Little did we know that we weren’t just going to be compared to Sicilian pizza in Galway, but to New York pizza in New York! Yes. The real deal. As she said herself:

I’m quite familiar with New York style pizza, I have been to New York many times, more times than I can count, my first port of call is “Mutz’s” or ‘Muzzarella’s’ (Avenue A, just at 14th Street). 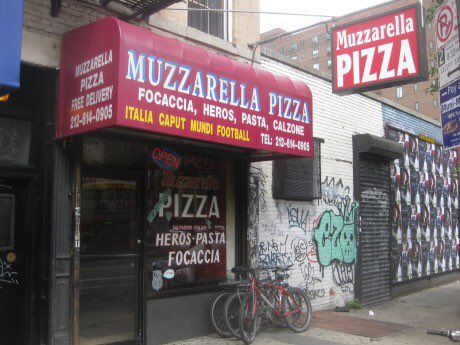 So you can imagine how delighted we were when we saw these: 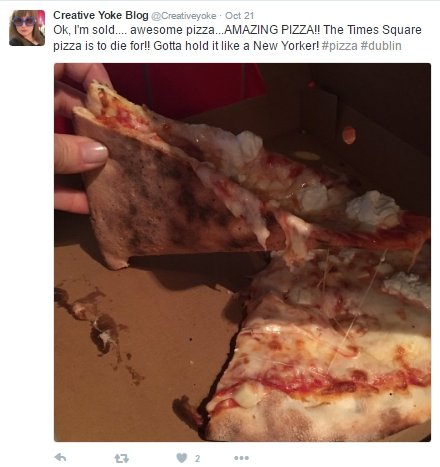 High praise indeed from one who knows her New York pizza! Check out the full blog post over at the Creative Yoke Blog. Get our articles in your inbox! How cool is this? Here at DiFontaine's we find ourselves appearing on a stone. Dublin Stones paints places like pubs, restaurants, historical buildings - you name it - on stones. Tiny stones. Recently we were tagged on Instagram in this little nugget and we thought it... 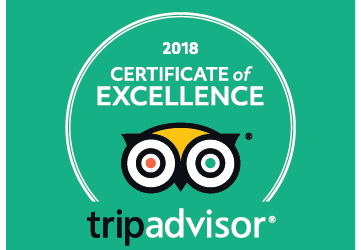 TripAdvisor Certificate of Excellence 2018 – For the Third Time!

The Third Year in a Row! Thank You! We would like to thank all of our customers for their support and those who have taken the time to visit Tripadvisor and write a review about your visit here to us in DiFontaine's. We really do work very hard to make sure that you...